Riki stayed home with my husband today on one of his days off. And guess what they spotted out the back yard - some kangaroos!! I have called him the 'Kangaroo whisperer' as he always seems to see them in the reserve behind our house. 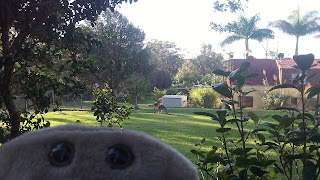 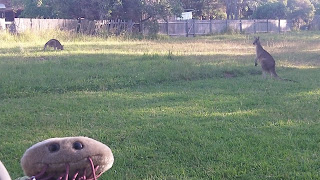 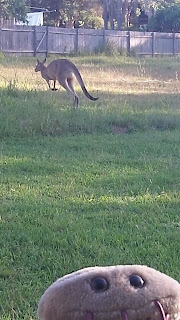 We also purchased The Hobbit on Blu-Ray today - I didn't get a chance to see it at the movies so we are watching it in our movie room tonight. Filmed in New Zealand with a New Zealand director (Peter Jackson) it had some Australian actors such as Cate Blanchett, Hugo Weaving, Barry Humphries, it also has Benedict Cumberbatch and Martin Freeman (aka Sherlock and John Watson hehe) 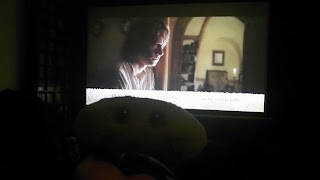 Posted by whenindoubtsew at 1:29 AM